We invite leading Israel technology-based healthcare companies to partner with us, contact us for more details.

Our sponsor is a newly formed Delaware limited partnership that was created jointly by three companies/funds that are significant and active participants in the healthcare technology sphere in Israel, upon which we intend to focus in our pursuit of an initial business combination. We believe we will benefit from the deep and broad expertise of our sponsor’s three primary participants in identifying companies with growth and innovation potential and scaling those businesses. Our sponsor’s three primary participants are described below:

Clal Biotechnology Industries, or CBI, is a leading life sciences investment company traded on the Tel Aviv Stock Exchange (TASE: CBI). It has a market cap (as of June 1, 2021) in excess of $350 million. CBI is focused on identifying and supporting promising innovative ventures, developing proprietary solutions and addressing unmet medical needs with significant market potential. With offices in Tel-Aviv and Boston, CBI provides its portfolio companies access to breakthrough science, experienced talent, and business resources of the global biotechnology industry. CBI’s portfolio companies range from seed to maturity, both public and private.

Israel Biotech Fund, or IBF, is a venture fund focused on Israeli or Israeli-related biotechnology and pharmaceutical companies, having exceptional technologies or product opportunities, based on strong scientific rationale and commercial potential. It has a net asset value (as of June 1, 2021) in excess of $200 million. IBF provides its portfolio companies not only with capital, but with executive talent and strategic, operational, and business development resources, enabling them to design and execute clinical development programs efficiently and successfully. IBF’s managing partners are joined by a group of top-tier biotech industry experts who act as venture advisors for IBF and its portfolio companies. 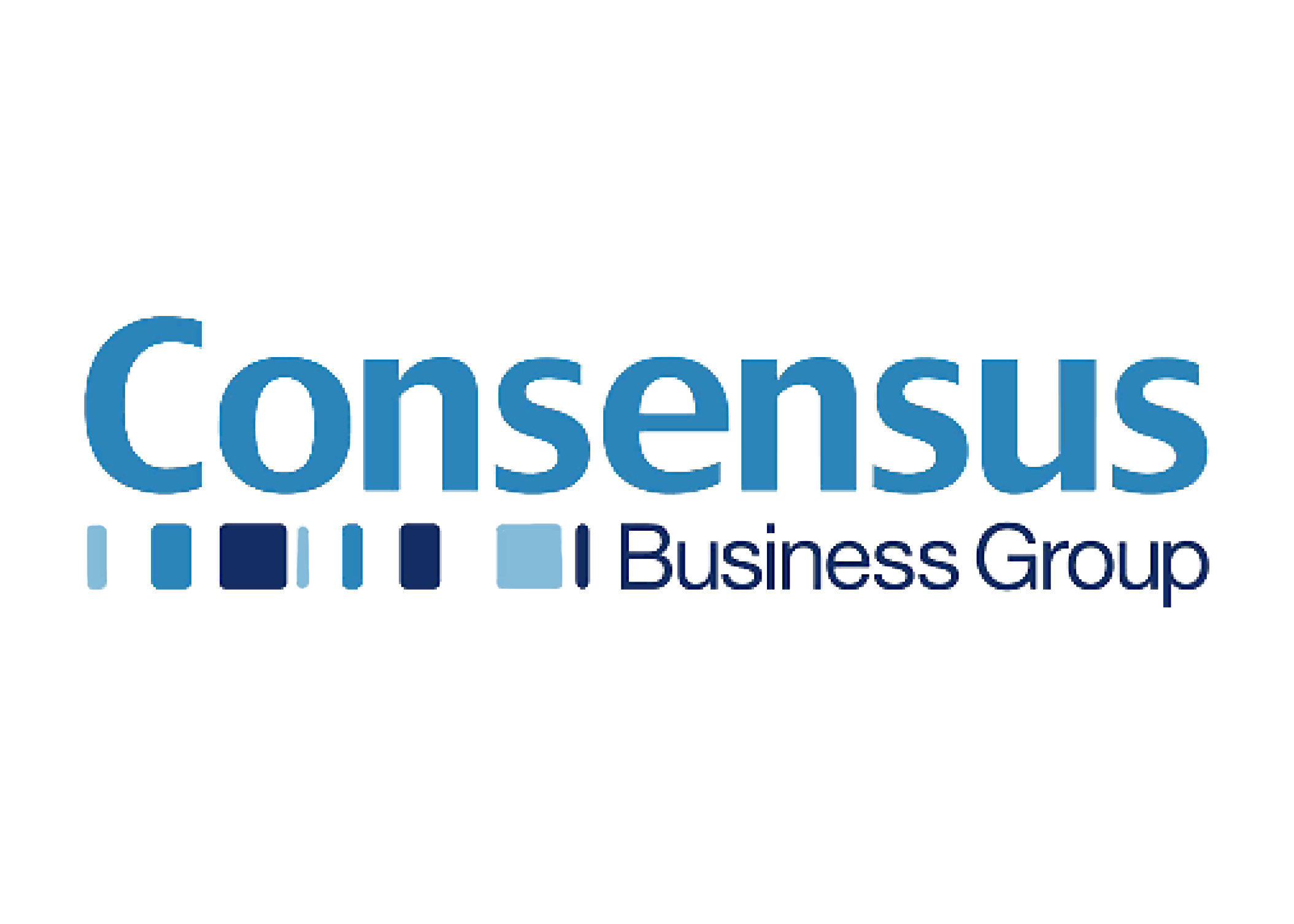 Consensus Business Group, or CBG, which is participating in our sponsor via its affiliate, Kalistcare Ltd., is a UK-based group chaired by Mr Vincent Tchenguiz that administers and monitors investments for affiliated parties. The overall portfolio under its administration includes pharma, biotech, medical technologies, cleantech, real estate and other business interests. CBG has a particular focus on investments in several leading funds, incubators, innovation laboratories, companies and other direct investments in Israel, where it continues to develop its strong ecosystem and partnerships with leading academic institutions, hospital groups, universities, governmental institutions and corporates. 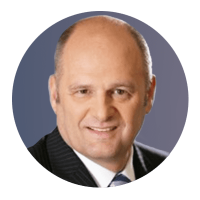 Nachum Shamir serves as Chairman, President, and Chief Executive Officer of Luminex Corporation (Nasdaq: LMNX), which develops, manufactures, and markets a variety of proprietary biological testing technologies, and, which he joined in October, 2014. Mr. Shamir previously served, from 2006 to 2014, as President and CEO of Given Imaging, a developer, manufacturer, and marketer of diagnostic products for the visualization and detection of disorders of the gastrointestinal tract. Prior to joining Given Imaging, Mr. Shamir was Corporate Vice President of Eastman Kodak Company and President of Eastman Kodak´s Transaction and Industrial Solutions Group. Additionally, he served over 10 years at Scitex Corporation in positions of increasing responsibility, including President and CEO from 2003 to 2004. Prior to 2003, Mr. Shamir held senior management positions at various international companies, mainly in the Asia Pacific regions. Mr. Shamir holds a Bachelor of Science from the Hebrew University of Jerusalem and a Masters of Public Administration from Harvard University. Mr. Shamir has a proven track record of bringing significant new technologies to the market, such as Given Imaging’s PillCam™ and Luminex’s xMAP® multiplexing and MDx technologies. His significant experience in managing biotechnology companies, both as a board member and as an executive, will help to guide our board in our search for strong target biotechnology companies. 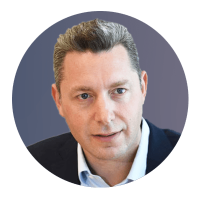 Ofer Gonen serves as our Chief Executive Officer and is also a member of the board of directors. He has been the Chief Executive Officer of CBI since 2017, with more than 20 years of experience in managing life sciences investments and business collaborations in both the United States and Israel. Over the past five years, Mr. Gonen has been actively involved in financing rounds with total proceeds greater than $1.5 billion for private and publicly traded life sciences companies, and facilitated numerous transactions (e.g., licensing transactions, M&A transactions, collaborations, etc.) with significant pharma and med-tech partners. Mr. Gonen serves as a board member of several portfolio companies of CBI, including Gamida Cell (Nasdaq: GMDA) and MediWound (Nasdaq: MDWD). Mr. Gonen holds a B.Sc. in Physics, Mathematics and Chemistry from the Hebrew University of Jerusalem, and an M.A. in Economics and Finance from Tel Aviv University, with distinction. 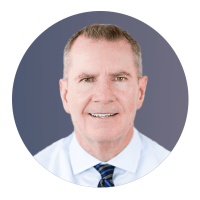 Stephen T. Wills serves as our Chief Financial Officer. He also serves as the Chief Financial Officer (since 1997), and Chief Operating Officer (since 2011), of Palatin Technologies. Mr. Wills serves as chairman of the board of MediWound (Nasdaq: MDWD) and a board member of Gamida Cell (Nasdaq: GMDA) and Amryt Pharma (Nasdaq: AMYT). Mr. Wills has over 20 years of senior executive level life science/healthcare experience and his qualifications include his extensive operational, accounting/auditing, financing, fund-raising, acquisition, business development, licensing, divestiture, and healthcare experience, in addition to his strong technological background and significant experience with bankers, analysts and investors in the biopharmaceutical industry. Mr. Wills, a certified public accountant, earned his Bachelor of Science in accounting from West Chester University, and a Master of Science in taxation from Temple University. 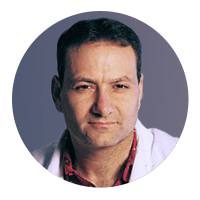 David Sidransky, M.D. serves as a member of our board of directors. Since July 1994, Dr. Sidransky has been the Director of the Head and Neck Cancer Research Division at Johns Hopkins University School of Medicine’s Department of Otolaryngology and Professor of Oncology, Cellular & Molecular Medicine, Urology, Genetics, and Pathology at the John Hopkins University School of Medicine. Dr. Sidransky is a co-founder and Managing Partner of Israel Biotech Fund. Dr. Sidransky currently serves on the board of directors of several public and private companies, including Galmed Pharmaceuticals Ltd. (NASDAQ: GLMD), Champions Oncology (NASDAQ: CSBR), Orgenesis (NASDAQ: ORGS), and is the chairman of the board of directors of Ayala Pharmaceuticals (NASDAQ: AYLA). Dr. Sidransky served as Director of the American Association for Cancer Research (AACR) from 2005 to 2008. Dr. Sidransky received a B.S. in Chemistry from Brandeis University and an M.D. from Baylor College of Medicine. Dr. Sidransky’s extensive knowledge and experience in the biotechnology and biopharmaceutical spheres, both in medical practice and through the lens of public company management, make him ideally suited to assist our board in our search for a business combination in our target industries. 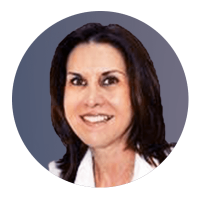 Hadar Ron, M.D. will serve as a director of our company upon the completion of this offering. Dr. Ron is a founder and managing partner of Israel Healthcare Ventures (IHCV), founded in 2000, a fund focused on investing in global and Israeli companies in the fields of medical devices, biotechnology, pharmaceutical and medical-related IT. Dr. Ron is a physician and attorney by education. Her background includes extensive medical, legal and private equity management experience. Dr. Ron is closely familiar with the field of development and commercialization of medical products and systems, medical IT and data, and has wide experience serving as a board member of global public and private companies, including, among others: Inmode Medical Ltd. (NASDAQ: INMD), GIView Ltd. and Together Pharma Ltd. (TASE: TGTR). She earned an M.D. and LLB, each from the Tel Aviv University. Dr. Ron will assist in our board’s search for, and assessment of, Israel-related target companies, and their technology, within the fields of medical devices, biotechnology, pharmaceuticals and medical-related IT. 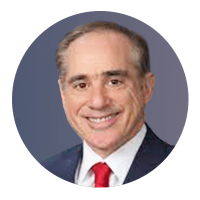 David J. Shulkin, M.D. will serve as a director of our company upon the completion of this offering. Dr. Shulkin served as the ninth United States Secretary of Veterans Affairs from February 2017 to March 2018 and the Under Secretary of Veterans Affairs for Health from July 2015 to February 2017. Prior to coming to such appointments, Dr. Shulkin was a healthcare executive, having served as chief executive of leading hospitals and health systems including Beth Israel Medical Center in New York City and Morristown Medical Center in Northern New Jersey. Dr. Shulkin has also held numerous physician leadership roles including the Chief Medical Officer of the University of Pennsylvania Health System, the Hospital of the University of Pennsylvania, Temple University Hospital, and the Medical College of Pennsylvania Hospital. Dr. Shulkin has held academic positions including the Chairman of Medicine and Vice Dean at Drexel University School of Medicine. Dr. Shulkin serves on the board of directors of several public and private companies, including Compassus, Orasure Technologies, Deerfield Health Technology Acquisition Corp. and MedMinder. He is board-certified internist. He received his medical degree from the Medical College of Pennsylvania, his internship at Yale University School of Medicine, and a residency and Fellowship in General Medicine at the University of Pittsburgh Presbyterian Medical Center. He received advanced training in outcomes research and economics as a Robert Wood Johnson Foundation Clinical Scholar at the University of Pennsylvania. Dr. Shulkin was selected to serve on our board of directors due to his significant management experience in the healthcare and technology industries.